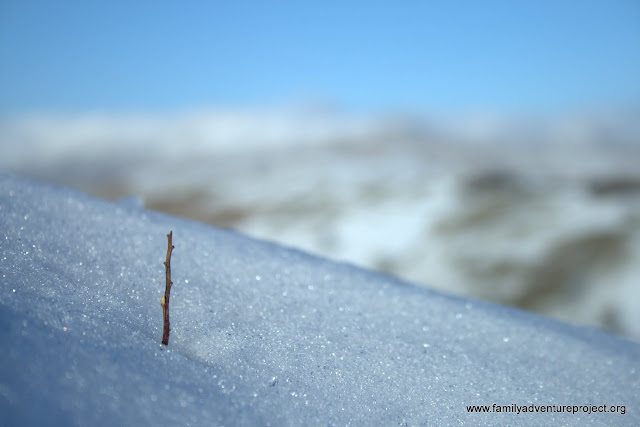 Is this the only thing left standing in Cumbria this icy morning?

The mum ahead of me on the school run is acting really weird. She’s holding on to the wall like she’s drunk, feet flailing beneath her. Moments later I mirror her stance. We cling to the grey stone as our feet slither and slide. On this grey winter’s morning, with freezing rain pelting onto our heads, we’re both dancing on ice.

Sheet ice. The whole pavement is covered in it. The school playground is a rink. The kids vow they’ll be skating all lunchtime while the teachers vow they won’t.

“We’re skating on thin ice,” I say to Stuart, as I slam the door and take off my coat.

I shake my head. “I don’t mean today. I mean next week. We’re never going to get up to Alston, the highest village in the damn country, on bikes, with kids, in this. Why would anyone organise a cycle trip in February?

“Because it adds another element of uncertainty. And that’s what makes an adventure.” 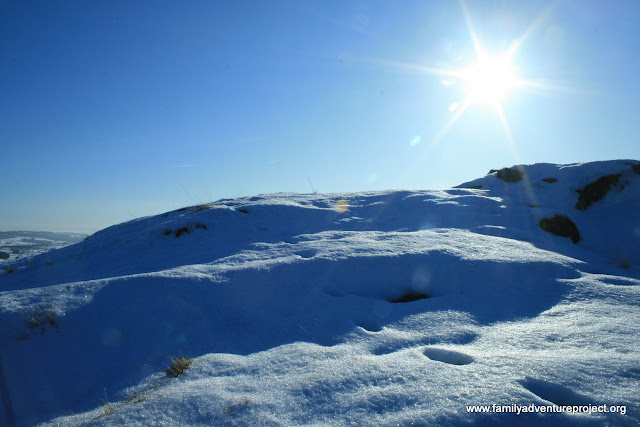 When we planned to ride the c2c at half term, we didn’t imagine this.

Are we just too stubborn to call it off?

The thing is, adventure addiction aside, we’re both too stubborn to call off next week’s winter cycling coast to coast ride of Britain. Instead we start to come up with contingency plans to cope with snow, freezing rain, ice, fog, hail, sleet, gale force winds and anything else the British Isles can throw at us.

The first involves Stuart cycling back every day to pick up the car and bring it to where we are. That means if we need to abandon due to snow, we will at least have the car with us to make an escape. But what about the fifty mile legs? And if we leave the car somewhere along the route how do we get back on the train to pick it up at the end of the trip. Cumbria isn’t exactly New York when it comes to cabs and it can take most of the day just to get from our house to Keswick by bus.

Another plan involves Stuart’s Mum coming as a support vehicle..

“But she spent 36 hours getting from London to Scotch Corner that time. We had to call the police”

“Good point. And she wasn’t even going to Scotch Corner.” 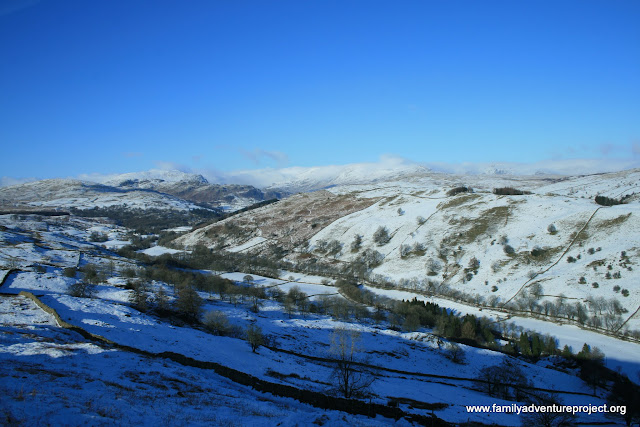 Beautiful but too treacherous to ride? That’s the question

And then we wonder about splitting the party so that one of us is officially the support vehicle and the others ride.

“But then, if it’s snowing we won’t get the car up to Alston will we?”

I look at the pile of hats, gloves and thermals waiting to be packed.

“If it’s snowing will we still ride?” I ask in a tiny voice.

We both laugh nervously, knowing that we probably will at least try. 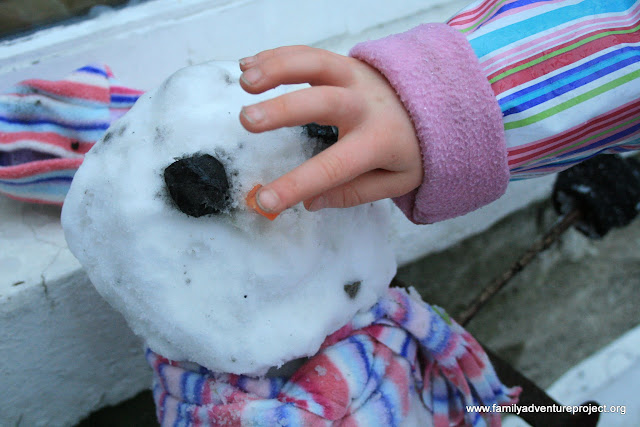 Do you like a little winter challenge? Or would you have a duvet week?

Check out how we got on our our winter C2C challenge ride.