While we often quip that food is fuel while we’re cycle touring, we’ve never really thought deeply about exactly what we stuff into our bodies on the road, nor about how that might affect our performance and state of mind. But while researching unusual family adventures at London’s Adventure Travel Show someone really made us stop and think about whether eating a whole pack of custard creams in one sitting really is such a good idea…

This summer we’re planning to cycle in Iceland for a month or two. I’m very happy about that. And it’s not down to the lunar landscape, the thermal wonders or the terrible trolls. It’s because I can have butter on my bread.

Welcome to God’s fridge, help yourself to lard…

Butter may be a very everyday thing to most people, indeed at home I prefer a chocolate biscuit for a mid morning treat. But on a cycle trip I crave it. I crave cheese too, and have even been known to take a bite out of a whole brie if there isn’t a knife available. The last few years we have spent the summer cycling in hot countries and haven’t been able to carry butter as it melted as soon as it hit the inside of the pannier. But Iceland is God’s fridge. 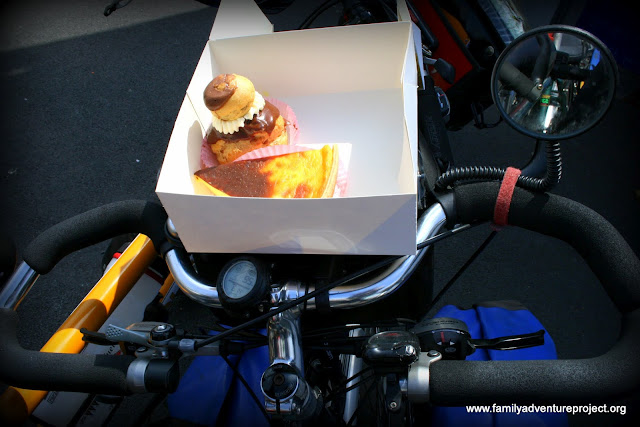 Food is fuel on a cycle tour, but what should we be eating?

I always thought craving fat on long cycle trips was a bit weird. Surely all that pedalling warrants a sugar craving? I live near Kendal, shouldn’t I be shoving mint cake down my face? But no, on our family cycling tours I have no desire for chocolate and I rarely want my normal treat of a glass of wine at the end of the day. I still crave foods, but they’re different foods.

According to nutritionist and author Dr Chris Fenn, this is pretty normal. Chris has spent many years studying the diet of some fairly hard core sportsmen and women, accompanying them on several high profile expeditions in high altitudes. She has joined expeditions to Everest base camp to plan climbers’ diets, record their food intake and monitor the effects of different food groups on energy and well-being. And she’s occasionally employed to sort out the diets of individual explorers on big missions; she was part of the DHL Everest 40 expedition in 1993 when Rebecca Stephens became the first British woman to reach the top. 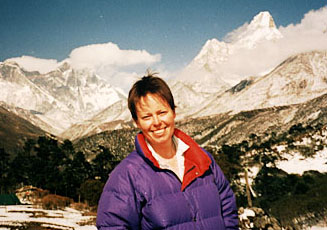 I’d probably balk at having a nutritionist along for the ride, imagining she’d be advocating a diet of rehydrated mush. But Chris takes a holistic look at the explorers and their challenges; and her diet plans are conceived as much to feed the soul as the muscles, “You need a mix of fat, carbohydrate and protein to provide a psychological boost. You’re not just fuelling the body but the mind as well.”

Chris advocates fresh food, and allows dairy, as well as some less nutritional treats. Some examples of the kind of foods that she has hoiked up to base camp are pepperoni, muesli bars, marzipan and ginger cake. And on one expedition she carried 1000 eggs so fresh omelettes could be whipped up at base camp and beyond. She takes into account the personal preferences of her high energy clients; if like us they’re partial to biscuits it’s her job to find a tasty alternative that improves the quality of their diet and their performance.

Diet can mean the difference between success or failure

She points to Scott’s failed attempt to claim the South Pole back in 1912 as an example of food really mattering. “They made a lot of mistakes. One of these was their diet of mashed up meat known as hoosh, biscuits, butter, tea, cocoa, flour and sugar. Not only was it uninspiring but their calorie count was way too low. The body craves fat in the Arctic and Antarctic. They were starving, and would have had a vitamin B and C deficiency. In my opinion that’s one of the reasons they failed.”

For client Pen Hadow’s 440 mile walk to the North Pole Chris developed a butter soup to give him a physical and psychological boost, “The biggest challenge was to stop it freezing,” she says. 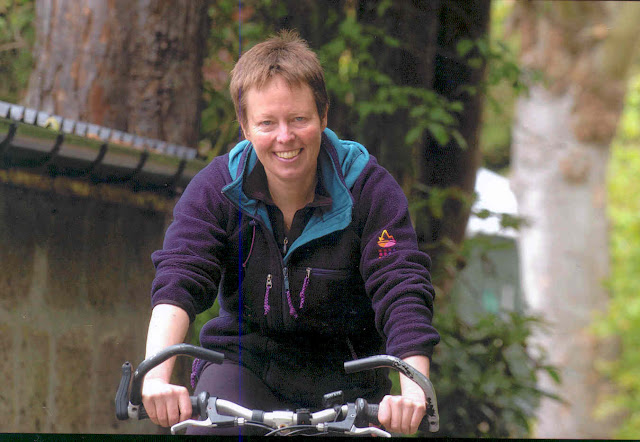 What should we eat to cycle tour in Iceland?

So in the cool but not frozen climate of Iceland in summer, what food would Chris advise for us when we bike around it? “Being a small island, most of which is covered in volcanic ash or bubbling thermal springs, not much food is grown locally.”she says.

But there is good news, “There is plenty of fish, and pickled herring and salmon (gravlax) is one of Iceland’s traditional foods. Enjoy an open sandwich made with salmon and rye bread.”  I visualise myself trying to persuade the kids to eat something called gravlax.

It won’t just be fish on Friday

“The fish will provide plenty of protein for working muscles,” explains Chris, “which need a bit of maintenance to repair the normal wear and tear after a day of cycling. These fish are also excellent sources of omega 3 fats, which have a range of essential functions in the body including roles in muscle metabolism and energy release. Most people, who rely on processed foods, are deficient in these essential fats which can lead to muscle soreness and inflamed joints.”

I’ve always put muscle soreness down to the fact I’m hauling a three stone toddler up a mountain on the back of my tandem, but perhaps it’s too many jaffa cakes and not enough gravlax. We do however usually compensate for the jaffa junk with plenty of bananas.

Not fresh fruit but fruit soup

However, Chris has some mixed news on that front. “Since fresh fruit will be expensive, and not widely available, the alternative is another Icelandic treat – fruit ‘soup’. This is made from a mixture of dried fruits, which are soaked overnight, cooked, and served hot. Enjoy this with some natural yoghurt to give a boost of carbohydrate packaged with a range of vitamins and minerals.”  Now I might just be able to cajole the kids into a fruity cup-a-soup. Maybe Stuart too.

Luckily for our kids, Chris is a fan of ketchup to brighten up a meal. She has two stipulations; it must be Heinz and there must be lots of it. And me? I’m happy to tuck into that pack of butter. With or without bread.

Ever been to Iceland? Anything else you’d recommend for our diet?

More from the Adventure Travel Show