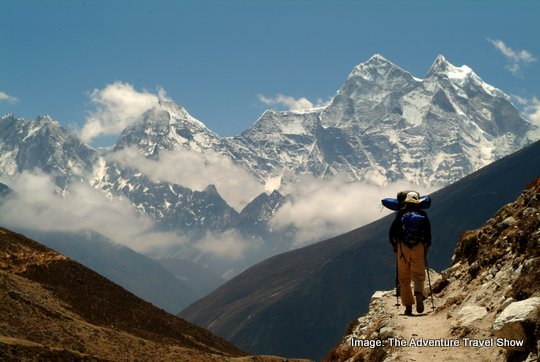 UK adventurers are setting their compasses for London Olympia this weekend to head for the Daily Telegraph Adventure Travel Show. Explorers of this annual travel fest stand to discover all kinds of adventure holiday and gap year expedition ideas, get a taste of exotic destinations and adventurous activities, and hear tales from celebrity explorers. Oh, and we’ll be there too, checking out what’s on offer to adventure seeking families. Having got a family ticket I spoke to the show Director Martin Anslow to find out what he has in store for us.

When I tell the kids we’re going to an adventure show in London they don’t seem that excited, until I mention that Nick Hewer is scheduled to give a talk.

“Nick’s going to be there? Then I’m up for it. I love The Apprentice.”

“Me too. It’s better than Sherlock. Will Sherlock Holmes be there too? That would be well-awesome.”

I remind them 221b Baker Street is miles from Olympia, and that Sherlock is a fictional character. There’s a brief pause while they digest this and then the questions come.

“It’s all about adventure right? So there’ll be loads of people, like, bungee jumping from the ceiling? Won’t there? Can we bungee jump?”

I tell them it’s likely to be slightly more ground based.

“What about those water bomb things?”

And slightly less water based.

Can I roller skate around it then?” 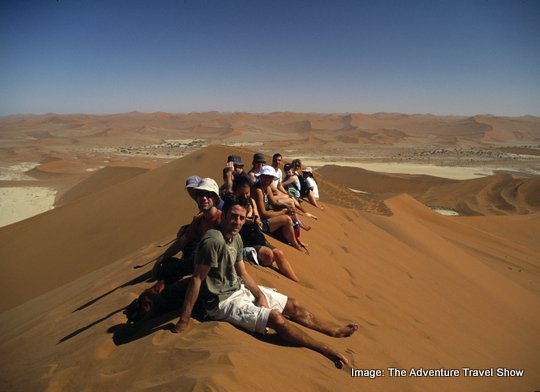 I know they’ll love the show

In truth I know they’ll love it, with or without roller skates. Unlike big travel trade shows like World Travel Market, this is aimed at the public and there are talks and stalls to suit every taste, kids included. And what’s not to like about hundreds of adventure enthusiasts gathered together for a great big indoor chat about outdoor fun?

From stalls telling you what to do and where to go, to talks on how to write about and photograph your experiences, the show’s all about stimulating the imagination and demonstrating how you can maximise use of your precious time off. It’s about tailoring adventure to your dreams and your budget. It’s about speaking to people who know their stuff, and booking a holiday or gap year that’s right for you. Whether you’re a volunteer or pioneer, whether you’ve ambitions to bond with locals or turtles, organiser Martin Anslow thinks there should be something tucked away in a corner of the exhibition hall for you. 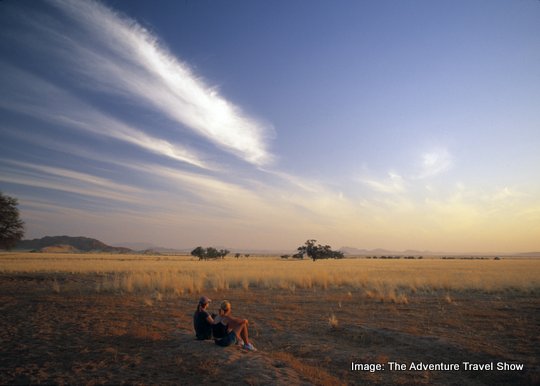 Martin, who has been running the show for fifteen years, says the event works because it’s smaller and more intimate than other travel shows. “The Adventure Travel Show is a group of people with the same mentality coming together in one place. It’s a very focussed show profiling small operators who cover the whole spectrum of experiences. They are specialists in their subject and their geographical area, and they know their products inside out.”

While the companies may be small, the experiences they offer aren’t. There’s an exhaustive and potentially exhausting range that spans the world and covers everything from white water rafting to wild animal watching. Martin says the show has changed a lot over the years reflecting both boom times and recessions. He believes people are still spending money on travel but these days they’re looking for a purer experience, something that feels unpackaged. “People are willing to pay for a more natural experience and there are quite a lot of upmarket brands that are offering people trips to untouched parts of the world. People haven’t got months to spend researching these places and want someone to help them set their trip up. These guys know how to get you from A to B, they know where to go, what to see and what to skip.” 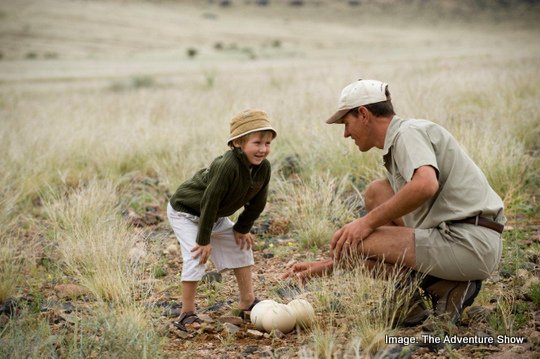 With two boys of his own, age six and seven, Martin is looking forward to trying some of the family experiences his show offers in the future, “My children are now at the age where they’re starting to understand things more. Before now I tended to take them to places where the activities were laid on,” he tells me. That’s not to say his children aren’t well travelled having been snorkelling in the Red Sea, Mauritius and The Maldives.

For Martin one of the highlights of the show is the raft of inspirational speakers including Ben Fogle, James Cracknell and Annabelle Bond, “Many of them have gone off and done things no one else would do. They give it a buzz. It’s a nice neat show where every single company or individual involved relates to adventurous travel.”

If you’d like to find out more about what’s available for families at the show, we’ll be looking into the goings on at Olympia and posting news and ideas here on our blog. If you’d like us to check out something for you, then drop us a tweet or let us know via Facebook.

Or if you’re in London, why not join us for our investigation into the world of adventure, especially if your name is Sherlock Holmes.

More from the Adventure Travel Show