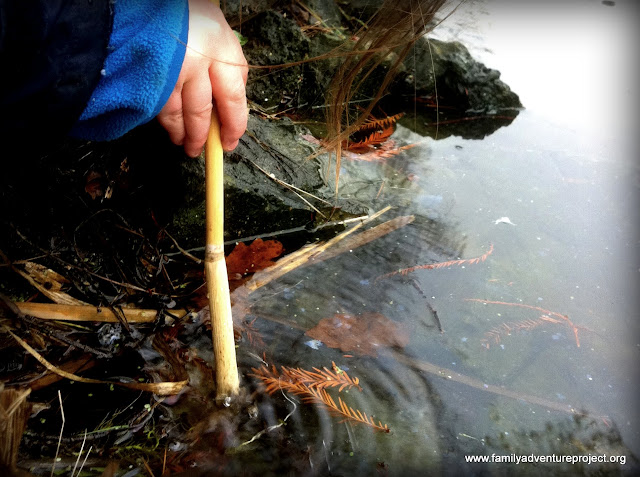 Blowing pond bubbles with straws made from reeds

We knew the kids gap hour was going well when they rang up and asked for extra time. At least they didn’t ask for money. They may have missed Adventure Dad Charley Boorman‘s talk but they came back laden with leaflets, stickers, sweets and their own ideas for incredible adventures. Relaxing in London’s Kew Gardens the morning after the Adventure Travel Show the inspiration was still flowing, and not just in our kids.

We head over to Kew’s giant badger sett with some friends and their kids. It’s a crisp winter’s day and the adults relax while the children chatter away, throwing pine cone grenades before blowing pond bubbles with straws made from reeds. They are all full of ideas. Our friend’s daughter is in a particularly creative flow, explaining to Stuart how she’d make Britain a more adventurous, exciting place, if she was in charge of design. Her plans include a musical escalator up and around the moon, roads and bridges that play tunes when cars drive over them, and recycling bins that spit at you if you put in the wrong materials. “I like things that teach people stuff,” she explains.

When we get back home, our own kids are inspired by her creativity. They each take a pen and draw their own Adventure Island. 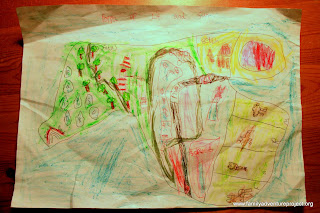 Hannah’s island is called Purple of light and sun. The inhabitants of her island are more fortunate than ours; there is only one village and one school; no problems with getting siblings a place. It has some unusual features too; special raindrops you bounce around in, and a farm where rabbits sheep and donkeys live without any racial tension. “There’s a swirly whirly forest, and a magic volcano you can climb. And it has a rainbow at the end. Every fun island has a rainbow at the end.” 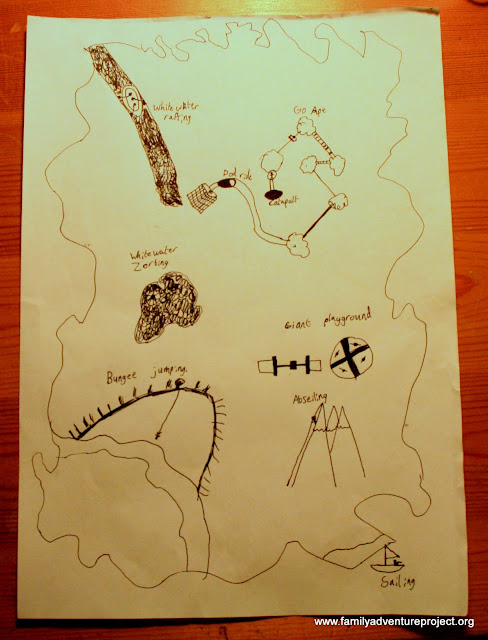 Matthew’s Island: “You have to do it all on your own”

Matthew’s island is more hard-core. “You come in on a white water raft and go to the farmhouse like normal. Then the floor drops away and you are thrown into a pod. If you are not worthy to be in the pod you are ejected out into the sea.” I ask who isn’t worthy? “People who steal ideas,” he replies. “Then after you climb up a tree you are on a Go Ape course, where a catapult fires you to the place you want to see next.” This might involve a bit of white water zorbing or a blast around a giant playground almost as big as a mountain. “And you know what? You have to do it all on your own!” 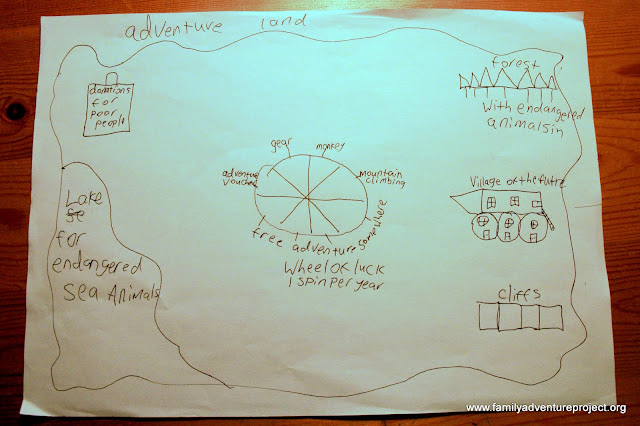 Cameron’s island is more esoteric; “A kind of giant life map,” he explains. Endangered animals are protected here, with several habitats just for them. If you want to live on it you stay in a house of the future that resembles a rocket ship, but you have to share this house with a wise old man who knows all the secrets of the future. “But if you get bored of him you can go to the cuboid gelatinous cliffs and have a bounce instead,” says Cameron. In the centre of it all is luck; a special wheel that you are allowed to spin once a year. Depending on where it lands, it gives you gear, a monkey, some mountain climbing, or a free adventure experience. “I like the monkey best. Yeh. I’d want the monkey,” Cameron grins.

We all stand back and study the islands. No one has designed a TV to be part of their adventure island. No one has put in a mall. There aren’t any big mansions or cars to speak of. There are no Wii’s or Xboxes.

Their version of Great Britain is swathed in purple sunlight. It has giant playgrounds and jelly cliffs. You are guaranteed a lucky break once a year but it won’t bring you fortune; just a hike up a mountain or a monkey. It has a wise man but no idea thieves. If you aren’t worthy you get chucked into the sea, if you’re lucky you’ll be in a white water zorb. If they combine it with their friend’s island, you will also be able to take an escalator to the moon.

Even though we live in the UK’s Adventure Capital, it can’t compete with this wondrous combination. I think I want to move.

What would be in your Adventure Island? We’d love to hear your thoughts and comments.