Think of Cumbria and you think of adventure, right? Well if you don’t, you soon will as this iconic county in the north of England is pushing with all its might to be the UK’s Adventure Capital. Achieving and living up to this brand has long been a mission, ambition and passion for many working in tourism in the Lake District and surrounding areas. But what does it mean and is it delivering on its claim?  We meet Richard Greenwood, Cumbria Tourism’s Head of Policy and Research, to find out more about the enterprise and how it’s going….

We know Richard Greenwood is into the Cumbrian Adventure Capital idea because it’s printed on his jacket. It’s also plastered over most of the documents and folders in his room. For the last few years this man has been living and breathing adventure. It doesn’t mean he comes to work on a zip wire, or spends his lunchtimes scrambling up scree, although he can see the rolling hills of Kentmere from his office window. For him it means talking with outdoor providers, meetings with funders and partners, and surveys with the public in order to deliver the best possible experience to the millions of grown-ups and children who use Cumbria and The Lake District as a playground. 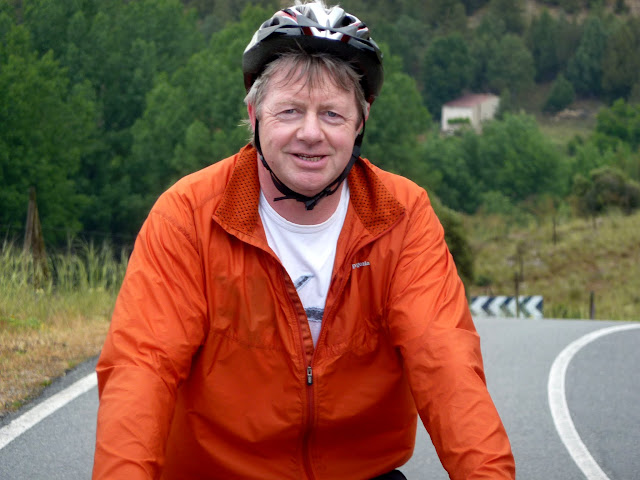 The ultimate in exciting, accessible experiences for all…

For the last few years Richard has been working on pulling together and developing all the different adventure activities and facilities the county has to offer. In the long term he wants the ‘Adventure Capital of the UK’ to offer the ultimate in exciting, accessible experiences for all abilities and age groups. “We began in 2008 with a number of discussions with the outdoor industries. We were trying to find out how we could grow the Lake District as a place for outdoor adventure. What were the growth sports in the outdoors that we could improve? And where were the facilities? You won’t be surprised to hear it was cycling and walking and water sports.” While he says the real meat of Adventure Capital is in the landscape, they also had to address what could be done indoors, “Even I have to accept that it rains here sometimes,” he smiles.

It was immediately clear that one of the priorities was infrastructure and they worked hard with providers and authorities to improve what they had and come up with ideas for more, “Over last four to five years there have been significant investments in climbing walls in Ambleside and Keswick. Kendal has also had about half a million in investment and the climbing wall there is possibly the best in the North of England,” Richard points out. For people who like heights, the high wires at Whinlatter and Grizedale are a big draw, and there are plans for another at Brockhole.

He mentions new mountain biking runs in Grizedale and plans for a new family friendly cycling trail in Whinlatter for 2012. “Volunteers are putting in the new downhill run in Grizedale as we speak. So there’s been real growth in those areas.”

Richard argues it’s a lot easier to access water sports in Cumbria than it used to be, “There are some fantastic places at Coniston, Ambleside and Brockhole. These days you can just turn up and hire a canoe or get windsurfing lessons and that’s not something that was available years ago.” He tells us one of the jewels in the crown, if it gets up and running, will be a new indoor adventure centre in Cleator Moor on the West Coast, “It would be a fantastic regeneration tool for West Cumbria.” 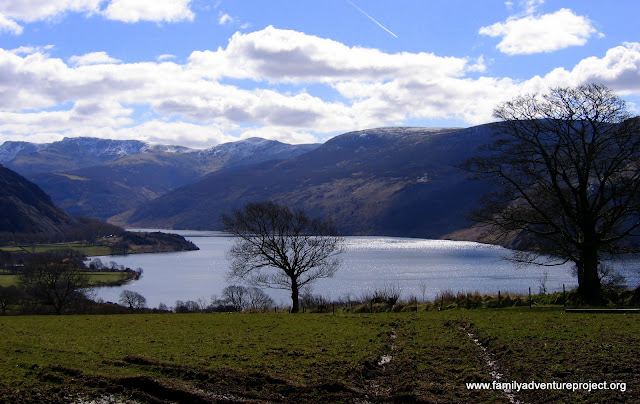 One of the main aims of project is to make outdoor adventure more accessible, especially for first-timers. “We needed to make it all more bookable from a distance. This is happening now with the help of two or three companies like Destination Cumbria. They act as brokers; offering an interface between individuals and providers,” Richard explains. “This is quite important because a lot of the experience providers are lifestyle businesses. They are very small businesses and they often don’t want to grow into something very large and profitable; they just want to be out there.” Richard points out that alongside virtual hubs there are also new ‘adventure hubs’ on the street; in Keswick and Ambleside. “Ambleside Adventure Peaks is the way of things to come. It’s an outdoor shop with equipment and kit but you can book a trip to Kathmandu or all the way up Everest, at the same time as booking a slot on the climbing wall.”

We need to balance thrill seekers with hill seekers

A constant debate in the local press and communities is how much Cumbria should embrace the thrill seekers and how best to manage conflicts that can arise between development and environmental or other impacts. This chatter reached a peak lately with proposals for a zip wire in Honister. “Is there a happy medium between high adrenaline sport and hill walkers and tranquility seekers?” says Richard. “Well our view is that there’s room for both. I wouldn’t like to see the Lake District being transformed quite the way Queenstown has been but there is room for some quite high profile stuff. We’re talking to an operator about a Tarzan swing at the moment to see if there’s a good site for something like that. We think if the Lake District is going to attract a young more vibrant audience then it needs a few of those things; some real headline grabbers.” 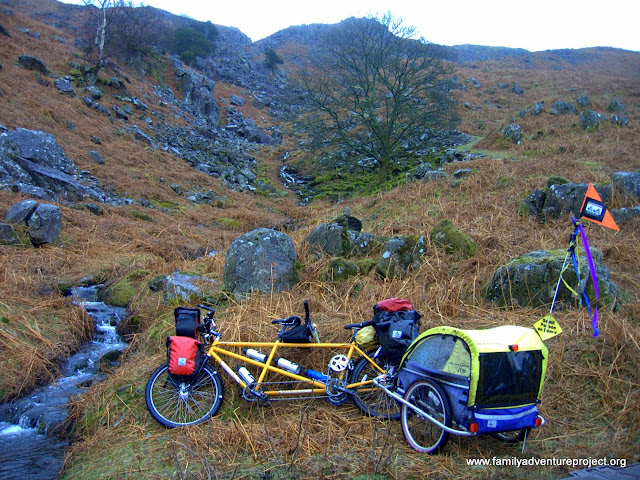 The beautiful fells don’t make for the easiest cycling, but there is easier cycling around too

We want families and dabblers to come and explore

There is also a significant amount of work going on to attract the less hard core adventurers, such as families and ‘dabblers’ – those who just want to dip their toes into adventure; those who aren’t really sure where to start. Richard says he sees the family market as a real growth area. “We’ve set out to make it all easier to book, and more accessible for people to get to. Cumbria traditionally hasn’t been fantastic for family cycling so there’s work going on around Thirlmere. We want to convince everyone that it’s a case of adventure for all. And that might just be armchair adventure. The Kendal Mountain Film Festival is actually about sitting there and getting excited by everybody else’s exploits.”

And armchair adventurers are welcome too

Events like the Mountain Film Festival are another strong part of the Adventure Capital offering, “You’ll have seen the meteoric rise of the Great North Swim which grew in three years from 1,200 competitors to over 10,000. For every competitor there are two or three friends and family that come with them, so they have quite a good impact in terms of attracting visitors,” says Richard.

Unsurprisingly Cumbria Tourism’s driving force is to grow the visitor economy but Richard says there are other reasons to follow this path, “The NHS are on the steering group because they’re interested in the health benefits. Sport England and Active Cumbria are interested because it’s about increasing participation in sport. The District Council are involved because of the increased opportunities for local people to get out and about. And the National Park Authority are interested because it gets people out enjoying the landscape.” 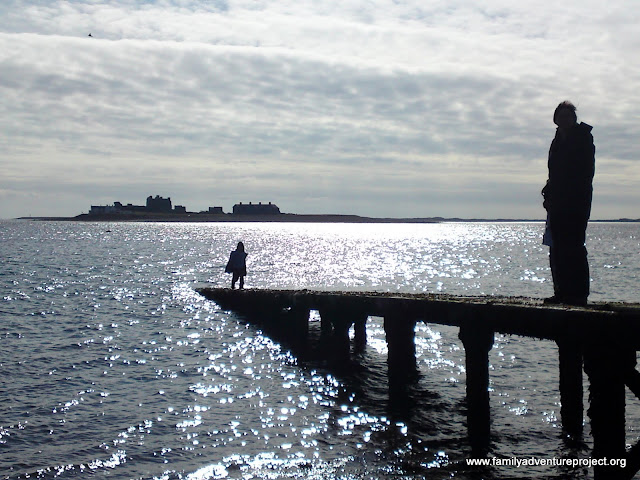 Ultimately the Adventure Capital brand is about looking to the future. “Our regular visitors come here for landscape and tranquillity. They are incredibly loyal but they are getting older and we do need to think ahead about the families and the young.”

He left me wondering…

Having spent an hour talking with Richard, I’m left with a few questions which we hope to explore in the coming months. Are the iconic hills destined to be filled with the scent of adrenaline and the sound of Tarzan calls? Will young people and families make it their first choice for tripping, toddling, pedalling and paddling? Will armchair adventurers find the perfect spot to graze on popcorn and live vicariously? Is the tranquil, traditional British Lake District up to the job of being a world class Adventure Capital? Watch this space or let us know what you think.

Find all our Cumbria Adventure Capital UK for families season of posts here.