The café on the square looks closed, the tables outside empty, but the door is open. It’s an improvement on the other two bars in Cartigliano whose doors are firmly locked for siesta. Where do Italians go for a lunchtime drink or snack?

The kids pile in noisily and head straight for the euro ball machine and I make for the counter. We’re gasping for a drink after a hot morning’s ride out of Bassano. The Veneto may be easy riding but there’s no escaping the heat with little shade between villages on the open plains.

The café is empty except for a silvery haired man behind the counter tidying a display of cigarettes, his brown, wrinkly hands precisely lining up the edges of the packets like a local sculptor might attend to the finer points of his latest cherub statue. I stand at the counter and wait for some kind of acknowledgement, internally practicing my order in Italian over and over, “Vorrei due café per favoure Vorrei due café..” I feel invisible as he finishes arranging the Marlboro’s and turns to wash the only dirty glass. 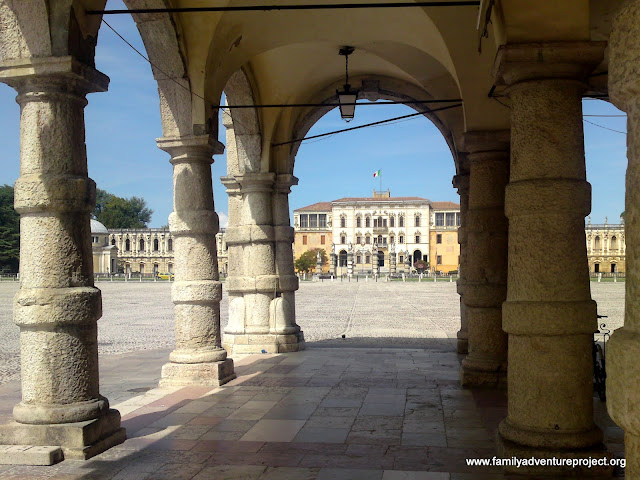 Two young men enter the bar, visions of Italian soccer blue. They lean on the counter and fix eyes on Sky Sports on the TV above the bar. It’s Saturday, the football’s on and they seem content to watch and wait for service. The old barista polishes the glass, places it on the rack above his head, takes down another smaller glass and places it on a doily he’s already put down on the counter.

An elderly man arrives, his stick clattering along the polished floor. He makes straight for the newspaper rack, carefully unfolding the day’s news and laying it out on the counter. He says something to the barista who turns, picks up an espresso cup and without a word shuffles towards the coffee machine and places it under the nozzle.  Is this how you get service?

Two more men arrive, looking hot from a morning labouring in the fields. They pull up a stool, take lottery tickets and pens from the counter and start to mark their lucky numbers. The barista patiently works to separate two conjoined ice cubes and persuade just one into the small glass on the counter. He chases the ice round and round the ice bucket with a spoon. I am transfixed by his actions and my internal mantra.  “Vorrei cinco limonota y due café per favore. Vorrei Cinco limonota y due café per favour” but there’s no point saying it out loud yet. He’s not ready to hear me. He doesn’t even know I’m here. The ice cubes separate and one slides into the glass. The other is carefully returned to the ice bucket. For later.

A young boy arrives and makes for the food cabinet, distracting me for a moment as he looks over the stale looking panninis, toast and pizza.  Now I feel hungry.  “Vorray cinco limonota y due café y uno pannini y uno pizza per favore”  The coffee machine dispenses its shot of espresso into the waiting cup. The old man reaches into the fridge, extracts a bottle of mineral water and drowns the single ice cube. He fetches the espresso and places it on the counter next to the bar then drags a stool over to the bar. He looks like he’s finishing up and I psych myself up to order. Think like an Italian, talk like an Italian, I tell myself. 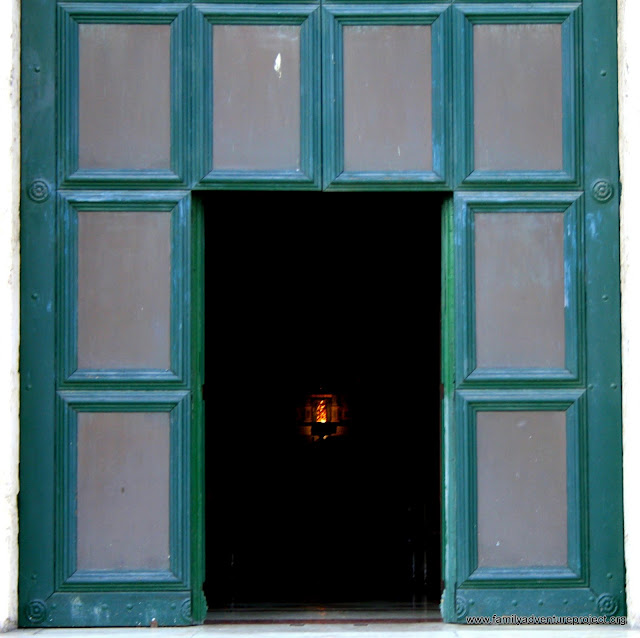 The barista pulls up his stool and glances across at me. I open my mouth and he sits down. He picks up the little coffee cup, sips at it and smiles. He sloshes the water around the melting ice cube and sips at that too, placing the glass down carefully on the mat on the bar. He looks up and down the counter surveying the growing queue of customers interrupting his siesta and nods as if to ask, ‘Who’s first?’